Al Mar Knives are widely considered the father of specialty custom quality production cutlery and led the way for these trends in the cutlery industry by bringing production knife quality to a new level. As the company evolved, the knife designs merged and grew from gentlemen’s pocket, hunting, fishing and tactical to include martial, military, and eventually kitchen cutlery.

Al Mar was born in the United States, a son of Chinese immigrants. He joined the US Army after completing college and became a First Group Special Forces officer serving in Vietnam prior to 1960. After serving in the Army, Mar earned a Master’s Degree in Industrial Design from Art Center College of Design in Pasadena, California. He went on to become a packaging designer for Gerber Legendary Blades in 1968 and eventually the head of knife design in the 1970s. In 1979, he left Gerber to form his own company named Al Mar Knives.

In 1979, Al Mar established his company and designs that utilized the front lock. This modern interpretation and innovation of centuries old invention, he credited both W.T. Fuller and Harvey McBurnette. Incorporating Mar’s clean, simple lines, this new leap in precision and Japanese hand craftsmanship pushed the envelope and set the standard for ultra-quality folders that have followed. His fusion of contemporary and traditional design, the use of state of the art and natural materials, and use of the best exotic steels of the time, all contribute to his exquisite sense of form following function.

Sadly, Al Mar died unexpectedly in 1992. His family continued the business until its sale to a friend, Gary Fadden, in 1996. Gary has worked diligently and successfully to revamp the entire line and adhere to the criteria of his mentor, friend and predecessor. Al would be proud. 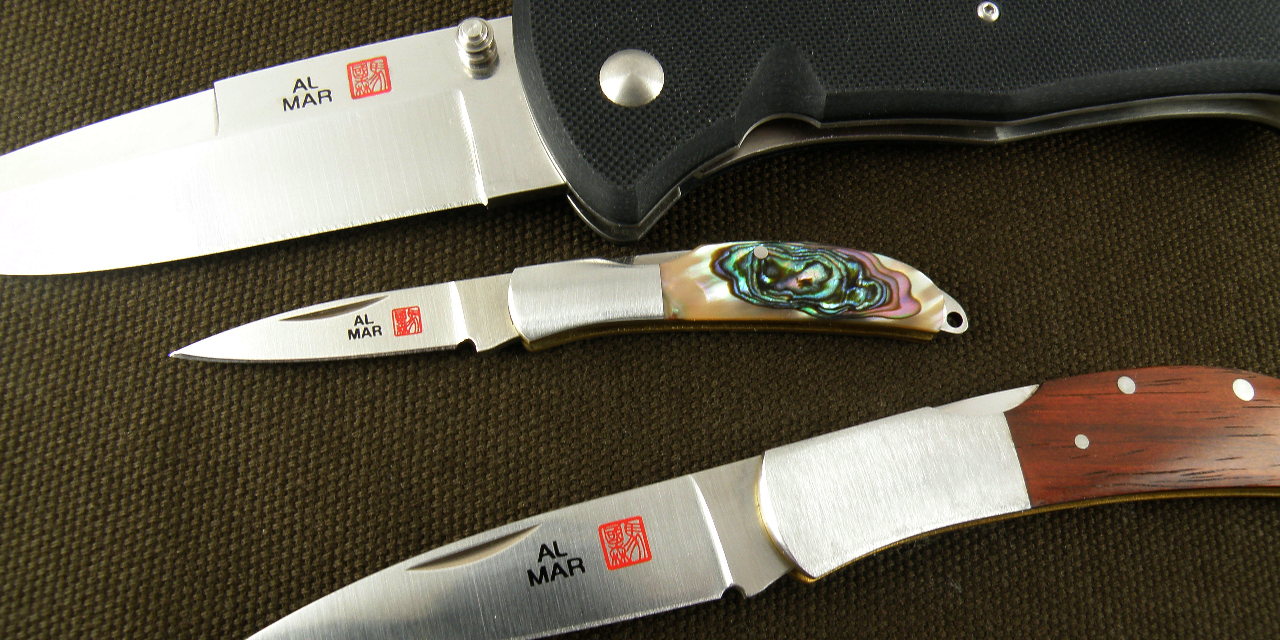