Böker Tree Brand has been producing cutlery for well over 145 years. In 1869, Heinrich Böker founded Heinr. Böker & Company in Solingen, Germany. Envisioning an easily recognizable symbol to identify their products, Heinrich remembered a giant chestnut tree that shaded their original factory. Since then, every Böker product has left been identified by the now iconic tree symbol.

In 1837, Hermann Böker (Heinrich’s cousin) immigrated to New York and founded H. Böker & Co. At first, H. Böker imported tools, hardware, steel, and cutlery from European manufacturers. By the end of the 19th century, the majority of items produced by Böker in Solingen were sent to the United States for distribution by H. Böker & Co. in New York. In 1899, increasing demand, together with higher tariffs on imported cutlery caused H. Böker & Co. to begin manufacturing their own pocket knives in Newark, New Jersey. Since the tree symbol had become well known by then and the American cousins enjoyed an excellent relationship, it was not difficult to receive permission from their Solingen relatives to use the tree symbol on American products also. From that time, two different lines of Böker knives (US and German made) have been on the American market with the same brand symbol.

During WWII the familial relationship was interrupted and the Solingen factory was completely destroyed. The firm also lost one of its most valuable assets, the registration of the tree symbol for the American market, as it was confiscated pursuant to American law. Fortunately, their American cousin. John Böker Jr. was able to acquire the Tree trademark in order to secure it for the distribution of the American and German products. Soon after the war, the destroyed factory was rebuilt, production gradually increased, and the Americans renewed their business contact with Solingen and started to place orders. Within a few years, the United States again become their principal customer. In the early 60s, Böker USA was sold and acquired by the well-known scissors manufacturer Wiss & Sons. Wiss continued to manufacture Böker knives and sold them together with the Solingen products. In the early 70s, Wiss sold to Cooper Industries which proved to be advantageous for Böker. Due to its strength in the market, Cooper was able to restore the original magnitude of the Böker name. Thanks to vigorous sales with Cooper, the Solingen facility could streamline its production and develop new, modern products. In 1983, Cooper discontinued its U.S. knife production. Subsequently Böker in Solingen bought their trademark back from Cooper and in 1986, Böker USA, Inc. was formed and continues today, providing one of Solingen’s last remaining lines of pocket cutlery. 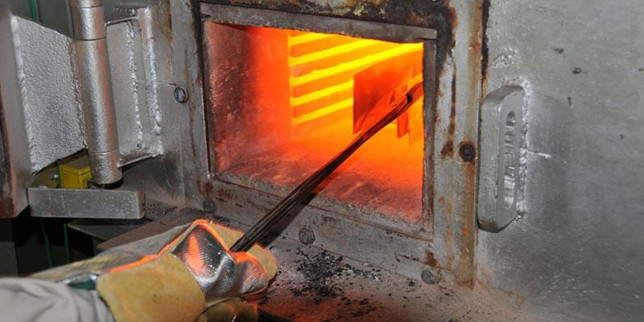