Hiroaki Ohta started making knives in 1989. After seeing a classic 'Randall #1' in Japan's 'Knife' magazine. He was inspired by the workmanship and began experimenting with his own knifemaking. Since that time, he has taught himself from books and pictures. His desire is to "keep the price reasonable and offer a good value". He has long term goal of "making each knife better". For Ohta, making knives means doing everything by hand: “I don’t know how others think of it, but my concept of knife making is to do all the work by myself.” From heat treatment to stitching the leather sheaths, he does it all.

Ohta believes that Japan’s history of bladecraft is rich, but he has endeavored to progress beyond it to hone his skills. “It’s necessary to learn the traditions and methods of different countries,” he says. Beginning with a Sheffield-style knife, Ohta started to make traditional Western slipjoints. When he began to sell knives in America, his style took up characteristics of American knife making. Now, Ohta also makes dozens of American slipjoint knives. His FK knives are modeled after the traditional higonokami knife. The higonokami is a Japanese pocket knife that can trace its lineage back to the 19th century. Like American makers do with slipjoint patterns, Japanese makers have offered different spins on the higonokami over the years. Ohta trained under Yoshimi Kotoh, a maker who was one of the first to make modern higonokami-style knives out of wood.

Before becoming a full time knifemaker in 1998, he was a semi-professional motorcycle racer and worked for a race management company. Hiroaki enjoys fishing, Honda motorcycles, camping and building a new country home. He is happily married and lives in Tokyo. 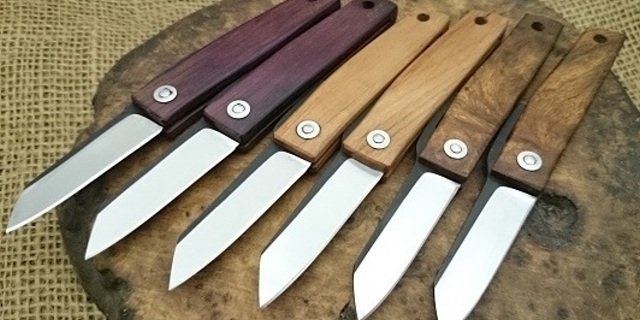 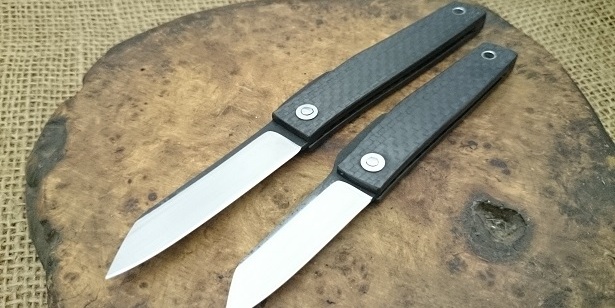