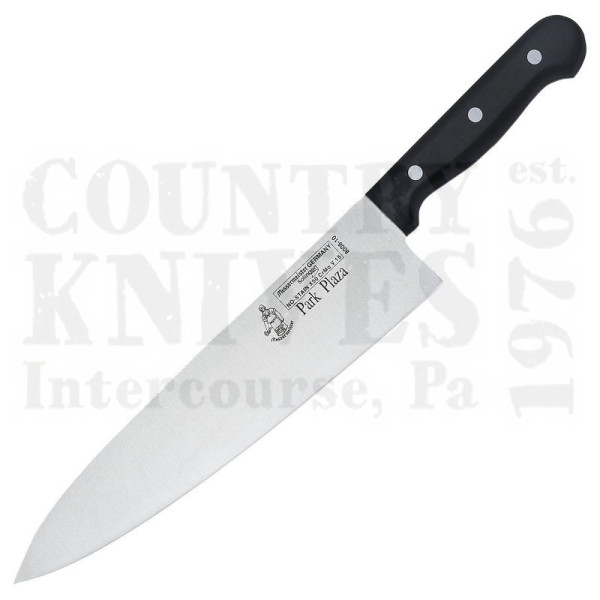 The Park Plaza series feature stamped blades of high carbon, molybdenum vanadium no-stain (stainless) tool steel. Designed for the rigors of restaurant and commercial kitchens, the handles are made of POM (Polyoxymethylene) riveted directly to the full tang for balance and strength. Great knives for the price conscious. Made in Germany.