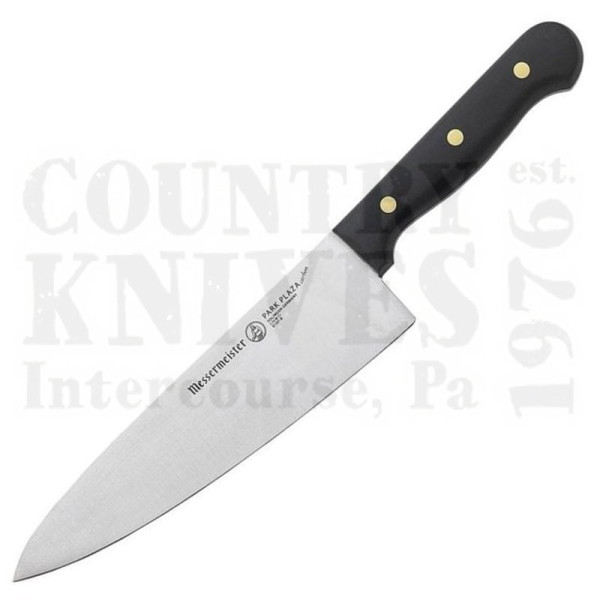 The Park Plaza Carbon knife, for the original purest, brings back a higher carbon, lower chromium non-stainless steel to a unique brass triple rivet stamped knife. The value of higher carbon steel allows the grain structure to form in a way that produces the sharpest edge that holds and repeats itself with continued use over time. Handcrafted in Solingen, Germany by experienced knife artisans, the Park Plaza Carbon was made for today’s knife enthusiasts.

The Park Plaza series feature stamped blades of high carbon, molybdenum vanadium no-stain (stainless) tool steel. Designed for the rigors of restaurant and commercial kitchens, the handles are made of POM (Polyoxymethylene) riveted directly to the full tang for balance and strength. Great knives for the price conscious. Made in Germany.