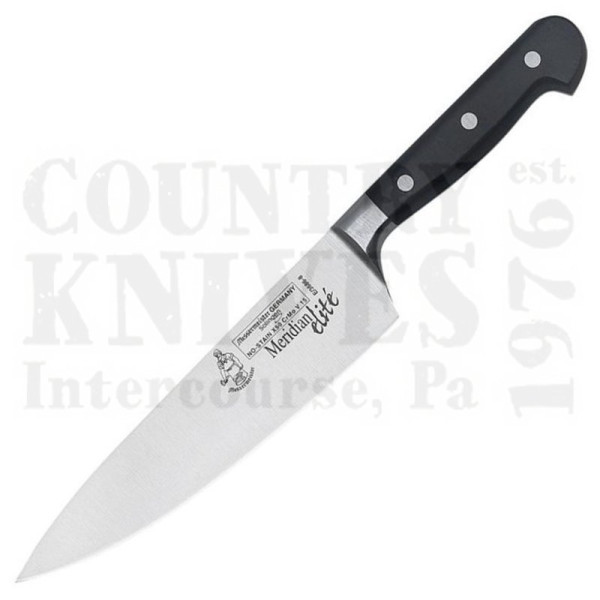 The Meridian Elite series feature one piece fully forged blades of high carbon, molybdenum vanadium no-stain (stainless) tool steel. Hand sharpened and polished, the blades have a bolsterless Elite edge for incredible sharpness and cutting performance. The handles are made of POM (Polyoxymethylene) riveted directly to the full tang for balance and strength. Each knife is individually gift boxed. Made in Germany.