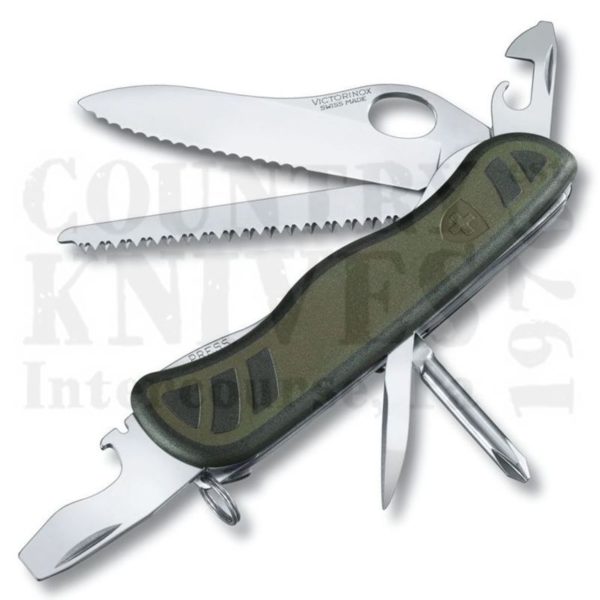 After almost 50 years, the Swiss Government called for an update to its standard issue Soldier knife (see Model 53929) which began its tour of duty in 1961. This marks only the fourth evolution of the storied knife over its 120-year history. A total of seven suppliers from Switzerland and around the globe were invited to participate in the evaluation process; the knives submitted underwent practical testing by military personnel while laboratory tests assessed the compliance with technical specifications. Victorinox proved to be the best solution for the Swiss Army and was awarded the exclusive contract as the official provider.
Introducing Victorinox’s new Soldier knife – the actual tool used by today’s Swiss Army. This exciting new tool features a new ergonomic dual density handle, which will allow for a secure grip in extreme cold or wet weather situations. Other updates and features include a one-hand serrated locking blade, Phillips Screwdriver, can opener with small screwdriver, bottle opener with large locking screwdriver, wire stripper, reamer, key ring and wood saw. The Soldier Knife will be offered in a black and olive green dual-density handle.