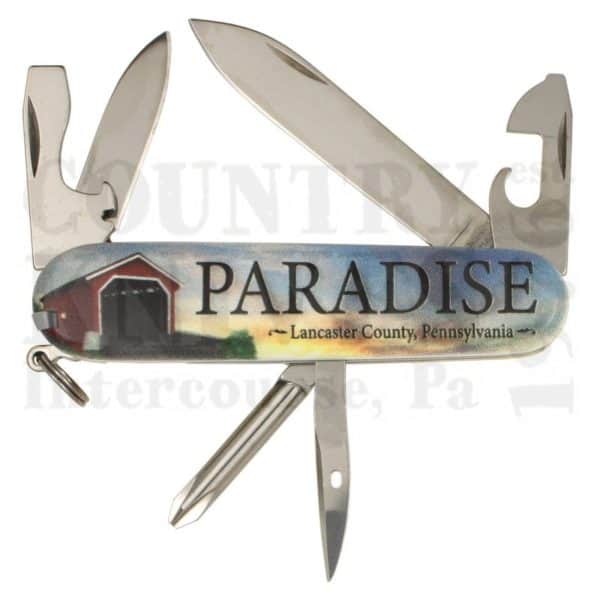 Celebrating our unique local town names, these Victorinox Classics and Tinkers were designed to be souvenirs of your visit to the Pennsylvania Dutch Country. The key chain sides Classic series were created to show the town names as retro road signs that incorporate PA’s Keystone nickname logo. The larger Tinker displays local artwork that depicting its namesake. Both practical high quality pocketknives and a somewhat whimsical remembrance these knives make the perfect gift.

Paradise –
Two people, Joshua Scott and Mary Ferree, are commonly credited with the naming of this town. While standing in the middle of the road, Joshua Scott stated that the town should be called Paradise because of the beauty he saw around him. Mary Ferree’s story, on the other hand, has a little more legend involved. After fleeing France, Ferree and her family received a land grant for the acreage in PA. Her family arrived and lived peacefully among the Native Americans who called this area home. Legend has it that upon arrival, Mary said “this is truly a paradise,” giving the town its name. (Resourse: www.discoverlancaster.com)