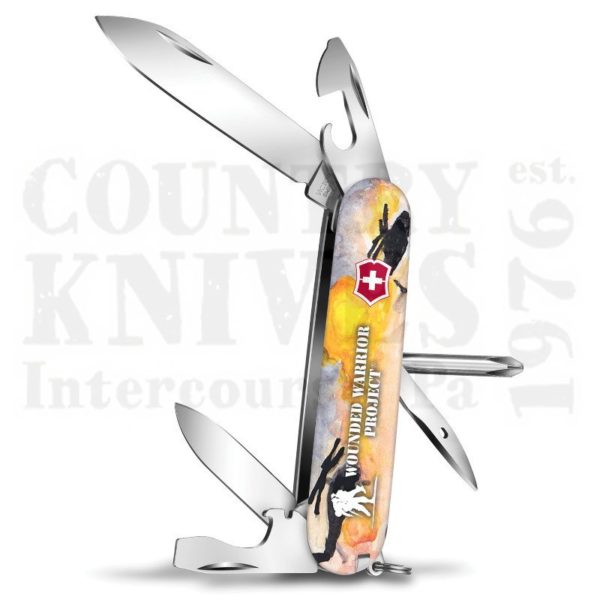 Wounded Warrior Project and Victorinox Swiss Army partnered on a design contest that invited wounded service members to create two new Swiss Army Knife designs to be added into the collection. Fans from across the country voted chose Angie Peacock and Manny Colon’s designs as the two to be produced. Both Angie and Manny visited the North American Headquarters to see their designs come to life.

Inspiration Behind the Design―Angie describes her design by saying: “The sunset behind the helicopters stands for the hope that I felt in Baghdad that we would make it out safely, and would bring us comfort that we made it through another day when things were hardest. The flag represents those we lost as our lives stand as memorials to them. The uniform is what set us apart of having to be courageous every single day when on the battlefield. I chose courage because I feel as if that word has been stamped on my life. I had to endure horrible things in service but coming home was difficult too. Now that we are home, we have a different uniform but the courage continues as we heal.”

The mission of Wounded Warrior Project (WWP) is to honor and empower Wounded Warriors. WWP’s purpose is to raise awareness and to enlist the public’s aid for the needs of injured service members, to help injured servicemen and women aid and assist each other, and to provide unique, direct programs and services to meet their needs.