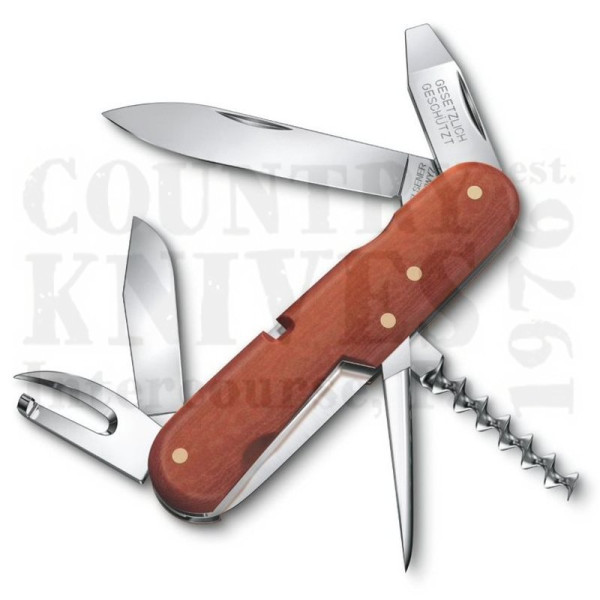 REPLICA 1897 – CELEBRATING 125 YEARS OF INNOVATION. WITH THE ORIGINAL.

125 years ago, Karl Elsener didn’t just invent the Swiss Army Knife – he invented an attitude. To this day, it’s a trusty companion for people all over the world. Honoring his legacy, Victorinox is releasing the Replica 1897, combining the iconic design from back then with the modern finish of today.

THE JOURNEY BEGINS WITH A SMALL CUTLER’S WORKSHOP IN IBACH-SCHWYZ.

It took a great deal of courage and pioneering spirit for Karl Elsener to set up his cutlery workshop in Canton Schwyz in 1884. He hoped to create jobs and thus stop the local population from leaving the area.

As a supplier of soldier’s knives for the Swiss Army, Karl Elsener wanted to create a lighter, more elegant model for officers. In 1897, he registered the knife as a trademark with the name “Officer’s and Sports Knife” – and invented an attitude at the same time.

The replica’s development began with a search through their archive for the specifications of the first Officer’s and Sports Knife. Victorinox applied today’s production process for individual parts to increase precision. But the final assembly was done by hand, just like in 1897. The result is refined and more elegant.

The Replica 1897 tells the story of constant refinement over 125 years in one single, elegant product. It embodies all the technical improvements and optimized production methods that have been made over the last 125 years. The result is a beautiful historic look combined with state-of-the-art functionality.