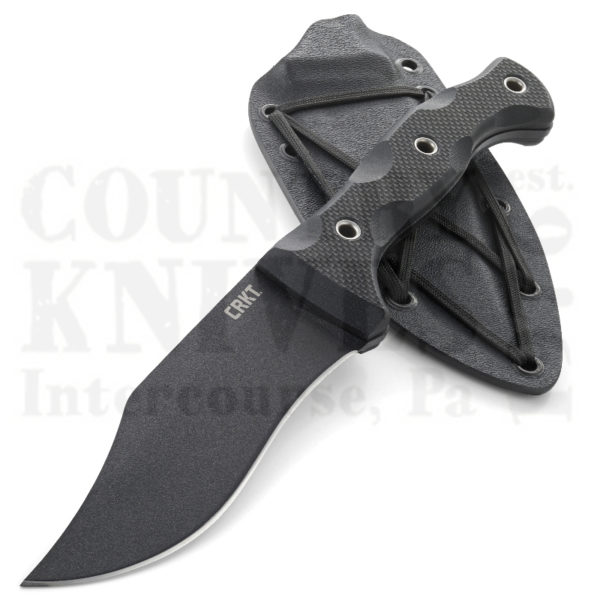 For America’s fiercest warriors, only the strongest, most capable tool will do.

This tactical fixed blade was designed by a war vet for his brothers and sisters who are still abroad. It’s got the capability of a utility knife, and the powerful force of a last-resort defense tool. When you only have room for one, the Rakkasan delivers.

As a part of the Forged By War program, war veteran Austin McGlaun designed the Rakkasan in his Columbus, Georgia shop. The name, reminiscent of the WWII paratroopers from the 187th infantry regiment, is the Japanese translation of “umbrella for falling,” because they were completely unfamiliar with the American combat tactic.

True to its combat heritage, the blade is forged of black powder coated steel and molded into a deep belly shape. The handle is built with tough G10 handles to withstand the most hostile environments, and slips into a glass reinforced nylon sheath and includes a clip system which allows for versatile carry options.

The combat arena is laden with unexpected variables. The Rakkasan serves to address them all.