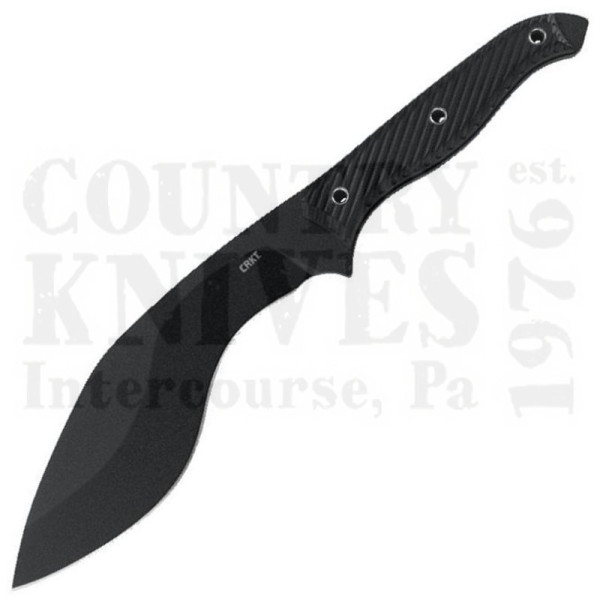 AS CLEVER AS IT LOOKS.

During his time stationed at Fort Polk while serving in the military, knifemaker Austin McGlaun was inspired to find new ways to tackle laborious camp chores. And so, the Clever Girl Kukri was realized. A fixed blade design that honors the iconic kukri knife, this reimagined version still brandishes a mighty swing despite being more compact than its predecessor. As a member of the CRKT Forged by War program, the Kukri is tough enough to stand the test of the battlefield—and whatever else Mother Nature might throw your way.

With years of military service under his belt, knife designer Austin McGlaun knows exactly what kind of tools help you stay on top. Applying his broad experience of combat, Austin is recognized for his contributions to the CRKT Forged by War program, where his designs span defense, to everyday purpose. The Kukri carries the torch as the third knife in the Clever Girl series and pays homage to the time-honored kukri blade. In addition to its famed military use, the traditional Kukri was once hailed as the go-to for chopping firewood, digging, cutting through tough meat, and conquering farm chores.

Mirroring the original’s versatility, the reimagined Kukri performs dutifully. Equipped with a fixed, high-performance 7¾” SK-5 carbon steel blade and sturdy G-10 handle, its design paves the way for a sturdy strike. Featuring a wider upper chest and sharp inward curve towards the blade’s belly, the Kukri is a hard hitting tool that dominates the great outdoors.

When not being used for chopping wood, digging into the earth, or setting up your camp, the Kukri can be transported with ease. Designed with a belt loop on its sheath and also featuring a lanyard hole for a drop leg carry, however you choose to pack it, it’s always ready for transport.

A clever design, the Kukri is built for thick and thin scenarios.