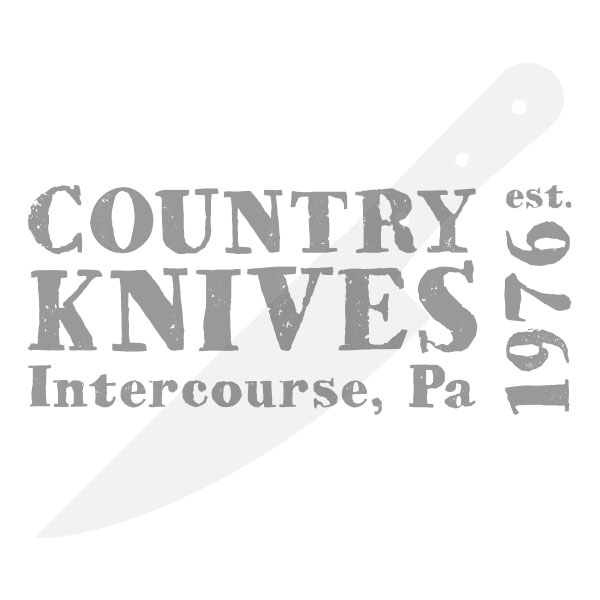 One of the tragic effects of commercial fishing efforts is the entanglement of whales in fishing nets and related rigging. As the entangled whales struggle to break free, the lines and nets are pulled taut, often resulting in serious injury and sometimes death. Fortunately, there are a number of wildlife conservation groups that specialize in rescuing these magnificent animals, but until a few years ago, their efforts were hampered because they did not have the proper tools for the job.

Douglas Coughran AM is the Senior Wildlife Officer, Marine Wildlife Operations, Department of Environment and Conservation, Nature Protection Branch, Western Australia. His teams specialize in saving entangled whales by approaching them with small inflatable rafts. Since the whales can approach 40 feet in length and weigh several tons, the teams use a 10-foot rescue pole with a blade at the end to cut away the lines entangling the frightened creature. Safely maneuvering a sharp blade at the end of a 10-foot pole in choppy seas is an incredibly demanding task. In 2005, Coughran contacted Spyderco and explained his mission and his specialized needs. Spyderco embraced the project and created a custom-designed, SpyderEdge hawkbill blade with a blunt, rounded tip based on Steele’s design. Upon completion of the initial prototype, they sent the blade to Coughran to demonstrate it at Australia’s National Workshop for Large Whale Disentanglement. The Whale Rescue Blade was tested on 40mm and 50mm rope with extremely impressive results. Two days later, Coughran’s team received notification that a 10-meter Humpback whale had become entangled and immobilized by two sets of pot gear. They responded with the Whale Rescue Blade in hand, meticulously addressing the rope wraps and freeing the whale with five key cuts. Since that initial rescue, Spyderco’s Whale Rescue blade has been used numerous times to save the lives of endangered marine life. Currently, dozens of Whale Rescue Blades are currently in service in Australia, France, Canada, South Africa, Alaska, Hawaii, and the Pacific and Atlantic coasts of the US.

The original Whale Rescue Blade was made from 440C stainless steel. It featured a long, sweeping hawkbill profile with a blunt, rounded tip. This allows the blade to be gently maneuvered under tangled lines without endangering the whale. Once in place, the combination of its fully-serrated SpyderEdge and the strategic curve of the blade’s profile creates a tremendously powerful cutting action that easily severs even thick, water-soaked lines with minimal effort. Because of its unique purpose, the Whale Rescue Blade had traditionally been an extremely limited item offered only to wildlife conservation organizations. However, based largely on interest from military special operations units, in 2012 Spyderco decided to increase production and make it commercially available. The commercial version retains all the salient qualities of the original, but with the added benefit of being made from H-1 steel. H-1 is a unique nitrogen-based austenitic steel that is completely impervious to rust, and therefore the ultimate material for this one-of-a-kind blade. Spyderco is extremely proud of the Whale Rescue Blade project and their role in supporting the wildlife conservation organizations that rescue these amazing animals.

Rust is the nemesis of all cutting tools—particularly those designed specifically for use in and around the water. Spyderco’s remarkable Salt Series tackles this age-old problem through the groundbreaking use of nitrogen-based blade steels like H-1 and LC200N. The result is a diverse selection of knives that are incredibly resistant to corrosion and ideally suited to the needs of divers, fishermen, military personnel, and water sports enthusiasts.

H-1 is a specialized austenitic alloy that uses 0.10% nitrogen instead of carbon to achieve its steel-like qualities. In addition to making it extremely corrosion resistant, it also makes it a “work hardening” material. Unlike the heat-based hardening and tempering used for conventional steels, H-1 hardens through the mechanical processes of shaping and grinding the blade. This unique property also makes it significantly tougher than carbon-based steels.

LC200N is a nitrogen-rich martensitic steel that achieves its hardness through a conventional heat-treatment process. While it does contain a trace amount of carbon, its high nitrogen and chromium content give it superior corrosion resistance and toughness, even at the high degrees of hardness required for knife blades. By using these extraordinary alloys, other corrosion-resistant materials, and the latest advances in technology and manufacturing methods, Spyderco continues to wage a relentless war on rust. And like everything else Spyderco does, the more they learn, the better their products get.