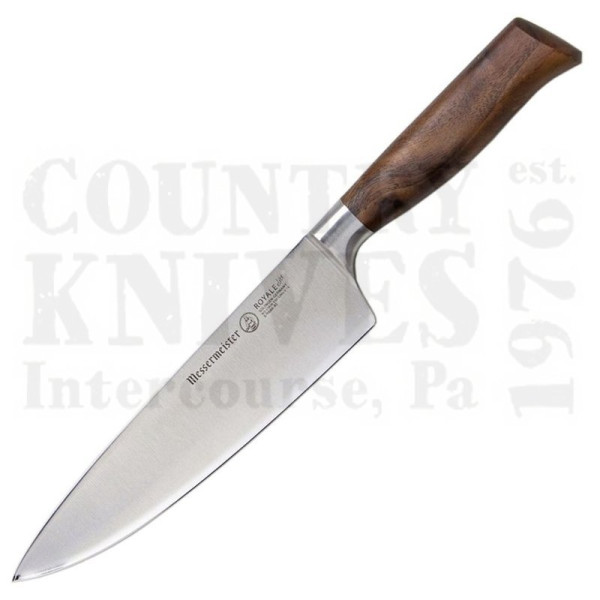 Messermeister Royale Elité combines a beautiful American Walnut Burl handle to a fine German stainless steel alloy blade. Walnut burl features a rich deep brown flared pattern and is prized for its hard, strong characteristic as a handle material. The blade is one piece of hot dropped hammer forged German high carbon stainless steel that has been hand crafted into a fine cutting instrument. This vintage style knife is one of a kind and sure to become a treasured family heirloom.